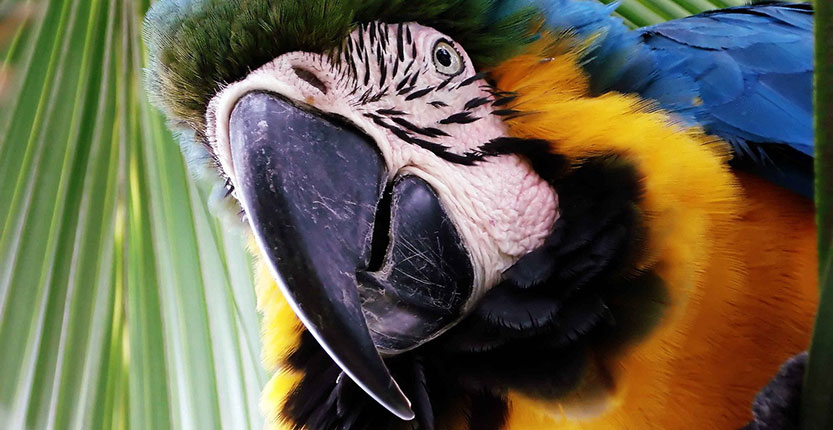 “I have no special talent. I am only passionately curious.” –Albert Einstein.

Medicine faces a great crisis—this is undeniable. The constantly increasing cost of medical care as a ratio of GDP is a global phenomenon. The claim that an aging population is the sole cause for this rise is belied by the facts. Chronic disease and cancer in particular, is on the increase, in ever growing numbers of young people. The factors behind this progression are numerous and beyond the scope of this post.

Instead, I wish to focus on a vital ingredient which I believe is the driving force behind effective healthcare as well as innovation in medicine. Unfortunately, the absence of this key ingredient is only exacerbating the current medical crisis.

Allow me to demonstrate with an example I encountered recently.

A Curious Case of Testicular Cancer

Last month I was consulted on the case of a young man diagnosed with metastatic testicular cancer. There was a period of a few days between diagnosis and planned surgery and his anxious family was seeking some interim treatment.

The young man had highly elevated tumor markers in his blood – ranging between 10x to 2,000x normal values. Such obvious markers provide the ideal case because we can verify a response to therapy very rapidly – without exposing the patient to radiological tests. I was asked to suggest some pre-surgery treatment and discuss it with the patient’s physician.

Vermox® is an old anti-worm drug, widely prescribed for children of pre-school and school age who pick up worm infections. It is considered extremely safe and in many countries is sold over the counter without a prescription… Its anti-cancer effects were discovered by researchers more than 10 years ago, and some cases of rapid remission from advanced end-stage cancer have been reported in the literature.

Over the past few years I had been suggesting the use of Vermox® for the treatment of various cancers. Vermox® is an old anti-worm drug, widely prescribed for children of pre-school and school age who pick up worm infections. It is considered extremely safe and in many countries is sold over the counter without a prescription. It can be bought on eBay and the cost is trivial.

Its anti-cancer effects were discovered by researchers more than 10 years ago, and some cases of rapid remission from advanced end-stage cancer have been reported in the literature. This drug possesses a mechanism of action similar to a particular class of chemotherapy drugs, but lacks their toxicity. I had observed that in those cancer patients who respond to this drug, the response is rapid. – A major reduction in tumor markers and/or symptoms is noticed within days.

Since this same class of chemotherapy drugs, microtubulin inhibitors, is used to treat testicular cancer, I felt there was a chance this drug could work for this patient. At worst, it would do no harm. I discussed the logic behind it with the patient’s family doctor and within a couple of hours the patient had been prescribed the drug and taken the recommended dose of Vermox®.

Less than 72 hours later, the patient’s blood was tested. His tumor markers, which had been expected to continue rising at rapid pace, had dropped sharply – one by as much as 35%!

The accepted method of monitoring the effectiveness of chemotherapy in testicular cancer is through tracking tumor markers. In discussions with the family physician I proposed the following argument. In light of the:

I suggested postponing surgery for a few days in order to establish definitively if the Vermox® was helping, by retesting the tumor marker levels. If they continued to drop, we may have discovered a non-toxic treatment for this young patient, which could be used either alone or in addition to chemotherapy with the hope of improving the patient’s chance of a cure. The family physician agreed. However, the patient’s family also wanted the opinion of a reputable testicular cancer specialist.

A Conventional View of Testicular Cancer

I discussed this case with one of the world’s most eminent oncologists, an expert in solid tumors. He concurred with my interpretation but he cautioned that due to the relatively high cure rate for the chemo protocol, one should not consider using Vermox® instead of standard chemotherapy but rather as an adjunct to it.

While it is debatable that a relatively high success rate is good enough, it’s the unsurprising and conventional argument one would expect from an oncologist who is considered an authority in the established medical traditions. Of course it would be the patient’s decision, assuming a continued positive response, to use Vermox® on its own or in addition to chemotherapy.

My senior staff member, Kathy Poodiack, is a Board Certified Oncology Physician Assistant, with 25 years’ experience. Over the course of her career, she was well acquainted with one of the world’s foremost testicular cancer experts. She offered to contact him for an opinion.

Commendably, this doctor (who shall remain nameless), responded very quickly. However, the substance of his response left us flabbergasted.

His response included the following opinion:
… I am not familiar with Vermox, but my guess would be it would have zero benefit in improving the cure rate compared to chemo alone. … After chemo, a decision is then made about resection of any residual abdominal mass. I would NOT give Vermox after completion of therapy.

How could he be qualified to opine about a drug he is completely unfamiliar with? On what basis could he conclude categorically that he would NOT give Vermox® after completion of therapy? What is the basis for this “opinion”?

Kathy innocently thought that if she tried to educate him about what Vermox® is, he might change his mind. She put together a collection of research papers on the anti-cancer effects of Vermox® and sent it to him. She had expected the possibility of a breakthrough discovery for a new treatment for testicular cancer to trigger at least some excitement in him.

It took but a couple of minutes for Kathy to receive his response:
Kathy, it is very hard to actually CURE metastatic cancer and I understand that this drug, like many others, might have some degree of activity. However, with all due respect, to use this in a disease that has such a high cure rate as testis cancer is not a good idea.

Obviously he had not taken the time to read the material sent. I understand he is busy. However, in a situation where only one out of three patients at this advanced stage of the illness survives more than 5 years, is it reasonable to make an uninformed determination about the utility of a potentially beneficial therapy?

Wouldn’t any reasonable scientist seek to improve a cure rate of 33% – which even then carries very significant toxicities and long term risks of secondary cancers?

Even more shocking was this doctor’s lack of interest and curiosity. Wouldn’t any reasonable scientist seek to improve a cure rate of 33% – which even then carries very significant toxicities and long term risks of secondary cancers?

A Skin-deep Response to Innovation

Several years ago I had the opportunity to discuss a drug called Aldara® (Imiquimod) with a highly reputable skin cancer specialist. He told me he had used Aldara® for many years with very difficult skin lesions and cancers with dramatic effect. I then raised the topic of Aldara®’s mode of action. Although this drug had been used for many years to treat some forms of skin cancer through stimulating local immune-function, the mechanism by which it does so was still a mystery. I then told him that I had been part of a research team that had discovered its mechanism of action and that this discovery had opened up new possibilities for synergistic combination therapies. He didn’t seem very interested. I offered him copies of my publications on the topic. He responded nonchalantly, “no need. I am sure the pharmaceutical company’s reps will bring it when they come”.

I was dumbfounded. If you used a drug so widely, surely you would want to know how it works and how to improve your patients’ care. Yet, there wasn’t the slightest interest or expression of curiosity.

For a while I thought that these doctors, and others like them, were too old to learn something new. Perhaps the years of medical practice had tired them. Perhaps it was arrogance. But eventually I came to the conclusion that it boiled down to something else – lack of curiosity.

Trained to Not be Curious

Dr Faith T. Fitzgerald, a former dean of students at UC Davis Medical Center, Sacramento, California, published a beautiful article in 1999 in the journal of the American College of Physicians–American Society of Internal Medicine, entitled “On Being A Doctor – Curiosity”. This article is an essential read and can be accessed here

Dr. Fitzgerald explains how modern-day medical training and education suppress curiosity. She ends with this message:
“For whatever reason—economics, efficiency, increased demands on physicians for documentation, technology, or the separation of education from patient care—curiosity in physicians is at risk. I believe it is our duty, as those who now teach young physicians, to identify medical students with a gift for curiosity and take infinite pains not to suppress but to encourage that gift. Not only will patient care be enriched, but so will the lives of these physicians and the vigor of our art and science. Besides, it will be much more interesting.”

However, there are also doctors who have retained that innocent joy of discovery known as curiosity and who possess an earnest desire to find new solutions for the suffering of others. I think of my dear friend and mentor, Dr. Paul H. Goodley. He had an illustrious career in orthopedic medicine and was responsible for many discoveries in that field. His expertise was unparalleled and patients would fly in from around the globe to visit him. Several days before he died from heart failure, at the age of 82, he was seeing patients in his hospital room and performing procedures on them. Nothing could hold him back from helping a patient in need.

When I visited him in hospital a few days before his death and shared details of a new orthopedic technique I had learned about, he was ecstatic. “Thank you! Thank you!” He repeated with intense excitement. “You taught me something new!”

Another example is a world-expert ophthalmologist, Dr. Robert Barishak who is in his early 90’s and has an illustrious career behind him. Dr. Barishak is now mostly housebound yet he is taking online courses and exams in genomics, genetics, and neurosciences. He doesn’t score 100% on every test, he assures me. Dr. Barishak still directs the eye research department at our Center for Drug Repurposing at Ariel University. This morning I had the pleasure of spending almost two hours with him reviewing our planned trial protocols and the latest scientific studies they are based upon. I am always awed by Dr. Barishak’s mastery of the very latest in eye disease research.

Needless to say, Dr. Barishak no longer attends the clinic to treat patients. Yet his thirst for knowledge at this advanced age teaches a lot about what drives a successful doctor –curiosity, an unquenchable search for answers and an undying desire to help others.

It was my growing awareness of the immensely powerful role that curiosity plays in the quest to cure illness that gave me the inspiration for the name of my personalized medicine database: Cureiosity® – a one word reflection of the interlinking power of curiosity and curing.

Together let’s celebrate curiosity as we seek a cure not just for the current medical crisis but for all illness.

Patients Beware: Your Patience May Kill You

In Experts We Trust