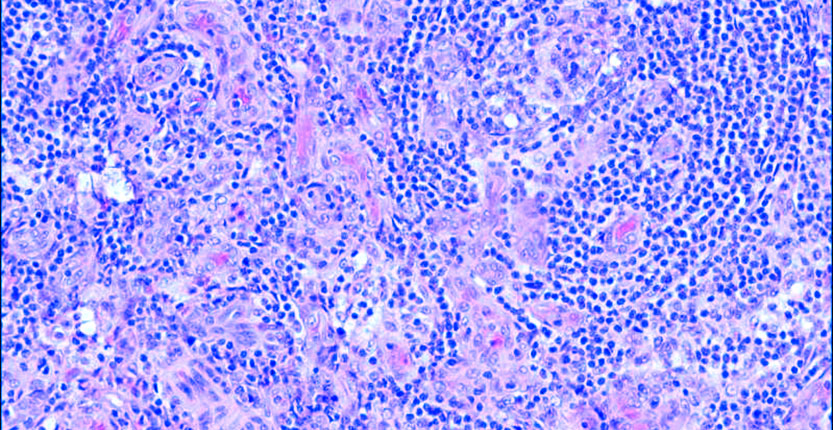 Castleman’s disease is a rare disorder that involves overgrowth of cells in the body’s lymph nodes. It is also known as giant lymph node hyperplasia, and angiofollicular hyperplasia (AFH). While it is not officially classified as cancer, it behaves much in the same way, and like cancer, it is commonly treated with chemotherapy or radiation therapy. Localized disease (also known as unicentric Castleman’s disease) can be treated with surgery if diagnosed early. However, early diagnosis is rare.

As discussed in the story of my discovery of the use of the mineral gallium to treat bleeding wounds, I was carrying out research to explain this discovery, in collaboration with colleagues at Lille University in France. A “side-benefit” of this research was that it saved the lives of one of the researchers!

The tests on gallium’s anti-bleeding properties were being performed on the spare blood of patients who had been subjected to routine blood tests. One day there was no spare blood in the lab, so one of the researchers volunteered to draw blood for our experiments. Part of the experimental process involved testing for fibrinogen levels before and after the addition of gallium. Surprisingly, this researcher’s pre-gallium fibrinogen level was found to be extremely high.

Elevated fibrinogen is a nonspecific marker for various diseases and an extremely high level usually reflects the presence of a serious condition. This researcher was immediately subjected to a whole-body CT scan which found a 4 cm stomach tumor. One of the other team members, a surgeon, operated and removed it. The pathology showed it to be Castleman’s disease, a rare cancer-like condition.

We had inadvertently discovered that elevated fibrinogen was a way to diagnose Castleman’s disease even before it had spread – something that had never previously been known. This case report was published in the Journal of Clinical and Experimental Hematopathology in 2014 1.