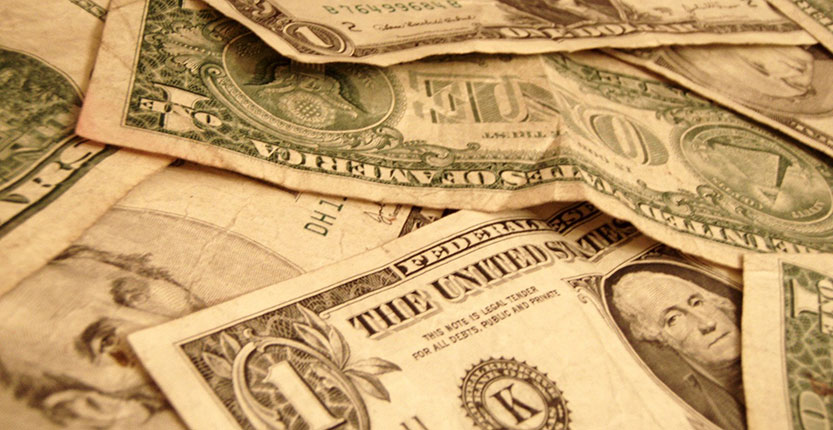 In light of the advances in knowledge and education wouldn’t we expect modern, sophisticated human beings to be more discerning and less naive than their forebears? Wouldn’t it be logical to assume that we are less susceptible to the charms of the snake-oil salesman than people were 100 years ago, when the majority of the population was illiterate? Unfortunately, it would appear that some human characteristics such as unquestioning faith in “experts” continue to thrive.

Indeed, modern-day scandals such as the Madoff ponzi scheme, indicate that even the most highly educated people are still prone to gullibility. While such scams and deceptions occur every day in the world of business, something deep inside us likes to believe that the world of medicine is different. We like to believe that medical practice is motivated and even governed by the purely benevolent intention of seeking the welfare and common good of humanity.

Yes, we would even like to believe that the spirit of the Hippocratic Oath drives pharmaceutical companies onwards in their efforts to cure us – and to reduce our suffering. One senior doctor and key opinion leader once complained to me, “Why are patients so naive to believe that the drug companies would develop a treatment that would run them out of business?” Despite the obvious logic at the heart of this rhetorical question, we remain too trusting and too naive to question the motives of those who offer us healthcare services and those who create healthcare policy.

There are a number of reasons that explain this blind trust in the medical profession. Blind faith in physicians may arise out of fear of taking responsibility, from feelings of inadequacy in the face of expertise, or reluctance to question or offend the doctor, to name a few possible reasons.

George Bernard Shaw is noted as saying “we have not lost faith; but we have transferred it from God to the medical profession”

However, the sense of unquestioning faith is all-pervasive in the patient-doctor and patient-pharma industry relationship, to the detriment of many patients. This problem is not new. George Bernard Shaw is noted as saying, “We have not lost faith; but we have transferred it from God to the medical profession.” Yet, in his day, doctors had few motives other than improving the patient’s health and earning a living in the process.

A little bit of money helps the medicine go down

Nowadays, the workings of medicine are structured very differently. There is little room for independent thinking. Medical practice is dictated by “guidelines”, formulated by an elite group known as KOL’s (key opinion leaders). It is this group that often lead the large trials that form the basis of “Evidence Based Medicine”, determines practice guidelines, and sits on FDA advisory boards for approval of drugs and medical devices. Perhaps unsurprisingly, it is this group that is courted, wined and dined extensively by the pharmaceutical industry. The net result is that the vast majority of medical practitioners are blindly following the lead of “key opinion leaders” who have been influenced, and sometimes bought out, by industry.

Consider the following story. In 2008, I served on a specialist cancer panel in New York City with 11 KOL’s in the field of lung cancer. This is an email I received a few days before:

… has cordially invited the panelists to lunch from 12:30 to 2:00 PM at the Brasserie … She would like to share with you the latest advancements in technology and pharmacogenomic information predicting patient outcomes to various therapies. [She] would also like to discuss during lunch a lung case and will offer an honorarium of $2,000 for those who can come.

Now, this sounds interesting. Lunch will cost this saleswoman perhaps $1,200 in total if all of us attended and ordered a good wine. But that is small change compared to the “honorarium” payments for attending the lunch, increasing the budget to around $25,000. I lowered the budget somewhat by not attending, as the food wasn’t kosher (and some would say the honorarium wasn’t either). However, I have little doubt that the investment in this “honorable” lunch led to good returns for the company sponsoring it.

Now an honorarium sounds very respectable indeed but I suggest that a more simple and honest term would be to call it a bribe. Obviously, such transparent language is not acceptable in marketing jargon, so for some years now such payments have been labeled “consulting fees”. In recent years that has not sounded sufficiently kosher either, so the terminology “honorarium” was invented. And we all know how very respectable and honorable an honorarium is.

This problem is growing ever more pervasive despite the best efforts of medical ethicists to mitigate the effects of these practices. Why is this? The reason is because we as consumers not only tolerate it, but without realizing, we feed it. As an educated patient once said to me, “The fact that the pharma industry pays off this doctor is proof of his expertise. They wouldn’t be paying the fools.”

“The fact that the pharma industry pays off this doctor is proof of his expertise. They wouldn’t be paying the fools.”

Most medical journals require authors to submit a declaration of conflicts of interest. This typically includes a list of consulting fees or “honoraria” received from pharma industry. The contents of this declaration usually appears at the end of published journal articles, under a “Conflicts of Interest” heading. Paradoxically, some biotech companies, seeking to identify KOL’s for their scientific or commercial leadership, study these “Conflicts of Interest” sections at the end of journal articles, seeking out specifically those who have been awarded with the most “honoraria”. This is how conflicts of interest become self-perpetuating.

Childhood origins of our gullibility

Of course, patients love “experts”. This is natural. We all want to find someone who knows the answers when we are dealing with uncertainty and fear. However, what patients often don’t realize is that the conflict of interest affecting their carefully selected experts, or their experts’ sources of knowledge, may be having a detrimental effect on the quality of care they receive. In recent years, dozens of books and hundreds of newspaper articles have been written on this topic, yet even those who read them tend not to change their behavior when selecting their medical care. Education and knowledge is overruled by a deep-seated belief in so-called experts.

Why do we remain gullible in the face of so much evidence? I believe one answer lies in our childhood book exposure, ever since printing technology has made illustrated books affordable. Many schools of psychology acknowledge that human behavior throughout life is conditioned by influences experienced up to the age of 7 or 8. Consider the images in children’s books. When you see a drawing of a thief, a pirate or a villain they are never shown as respectable people. They are always made to look different; a long crooked nose, monstrous eyes, and triangular hat with an arrow in the middle. This is the way children are inculcated to imagine that the appearance of thieves and fraudsters reflects their true natures.

When we grow up, it becomes almost impossible to shake off these images that lie deep in our subconscious. We expect the villains to declare themselves to be such. We cannot accept that if someone wanted to defraud, it would make sense for him to don the pretense of someone honest. It is this same question of respectability alluded to earlier in the story about honoraria. Because of the respectable name we are blinded to the harsh reality that an honorarium is often little more than a bribe.

From early childhood, we are taught to associate respectability with a certain image, and expert knowledge, influence and power lie at the heart of that image. Thus, we have learnt to trust, respect and venerate experts and it goes against our ingrained beliefs to imagine that deceit could ever hide its ugly face amidst the exalted grail of “expert” knowledge.

Cured by a “Charlatan”

As will be seen in the following story, people take these inculcated beliefs to extreme illogical ends.

Several years ago, a nurse who lived nearby sought my advice concerning her sister, Natalie, who had been suffering for many years from a very painful, difficult back condition. For a period of 7 years Natalie had sought out the expertise of numerous leading orthopedic experts, without any relief. She had received all types of injections, nerve blocks and pain medications, which yielded no benefit.

I referred Natalie to the late Dr. Goodley, whom I discussed in a previous post. Dr. Goodley, who was a master at physical diagnosis (he would never look at x-rays or scans until he had completed his physical examination – the results of which invariably matched), immediately diagnosed her problem and treated her successfully. Her chronic severe pain was suddenly completely gone. Where all experts had failed, Dr. Goodley had succeeded.

Several months passed and I received a phone call from Natalie’s sister. It seemed that Natalie had tried to get Dr. Goodley’s bill reimbursed by her private insurance company. The insurance company only reimburses bills for doctors who are on the State Medical Board’s register of “experts”, and they couldn’t find him on the on-line list.

Natalie then telephoned the State Medical Board and asked if they could look up his expert license number. The lady who took her call also couldn’t find his name on the list of experts, nor could she find him on the general physician’s registry. Concerned that he may have been practicing medicine without a license, the official she spoke to wanted to launch an investigation.

I calmed her by explaining that they had misspelled the doctor’s name, and with the correct spelling his license and expertise could be verified. She was so relieved; she thanked me very much and that was the end of the conversation.

I put down the receiver stunned and perplexed. Natalie had been suffering for many years from this debilitating condition. All the so-called experts who had treated her had failed to diagnose or cure her. Nevertheless, she didn’t consider any of them to be charlatans. Finally she had received care from someone who immediately discovered what was wrong and managed to bring relief after all those years of suffering. If, contrary to the facts, she had found out that he was not licensed, she would consider him a charlatan!

It was a revelation; that someone may prefer to continue suffering at the hands of “experts” rather than be cured by a (potential) charlatan. And this is the key here—it would seem that Natalie was happy to be cured by Dr. Goodley only so long as he was part of the established expert inner circle.

Modern day media is incessantly at work in bringing us “expert opinion” in every realm of our lives. In most areas, blindly following the “experts” will result in no more than lost time, money or both. In medicine, however, our very existence can be at risk. It is incumbent upon us to labor to discern between marketing efforts and true expertise. This is no simple challenge, but awareness is half the cure.

Would you prefer to be cured by a so-called “charlatan” or remain suffering at the hands of the “experts”?

We would do well to first redefine for ourselves what we regard as “expertise.” In our day to day lives, is expertise dictated by results and achievements, or by credentials and perceptions of honorability? As a starting point, how would we answer the following question: Would you prefer to be cured by a so-called “charlatan” or remain suffering at the hands of the “experts”?

Saving Time – Welcome and Thank you