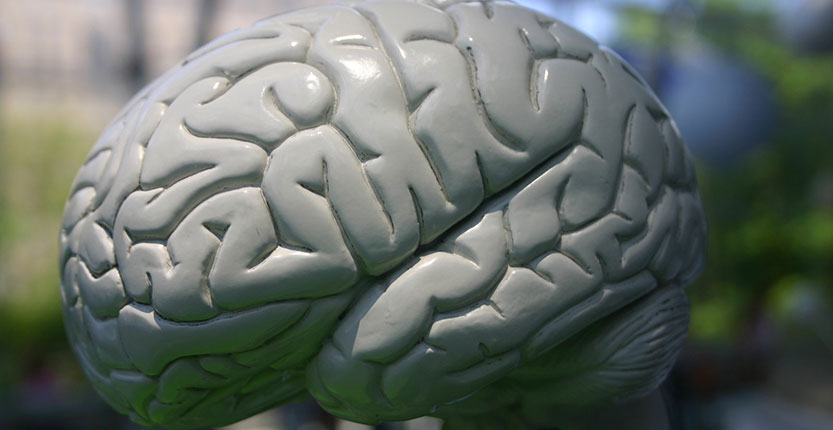 Some years ago, while helping a young man suffering from treatment-resistant colitis (inflammation of the large intestine) I came across several safe, little-known treatments using existing approved drugs that originally had been developed for other purposes. The patient’s gastroenterologist wasn’t open to the thought of using anything outside “protocol” despite the fact that the effectiveness of these safe drugs in treating this condition had been demonstrated in a number of small trials and case reports.

To obtain a second opinion about these treatments, some of my colleagues suggested that I meet with a particular department head of gastroenterology, who was renowned as the ultimate “outside-the-box” thinker.

We had a great meeting. We spent close to two hours discussing the case, and the proposed novel treatments I thought might be helpful. I was elated. Here at last was a doctor who was willing to go beyond the limitations of protocol-driven medicine to try to help a patient who was left with few choices—or so I thought. Just as I was mentally celebrating “mission accomplished,” I received a rude awakening. “Everything we have discussed is fantastic and exciting,” the doctor stated. “However, we must leave it in the realm of the theoretical and experimental. In real practice, we must follow accepted protocol,” he concluded, sentencing the patient to radical surgery.

“Thinking outside-the-box” has become a widely-used cliché. Many of the CV’s from potential employees proudly proclaim that they exhibit this quality. I hear it also applied to many doctors and researchers, yet I wonder why, with so many outside-the-box thinkers, do so many problems appear to be increasingly difficult to resolve?

The oft quoted source of popular wisdom, Wikipedia, has this to say about “Thinking outside the box”:

“Thinking outside the box is a metaphor that means to think differently, unconventionally, or from a new perspective. This phrase often refers to novel or creative thinking. The term is thought to derive from management consultants in the 1970s and 1980s challenging their clients to solve the “nine dots” puzzle, whose solution requires some lateral thinking.

The puzzle proposed an intellectual challenge—to connect the dots by drawing four straight, continuous lines that pass through each of the nine dots, and never lifting the pencil from the paper. The conundrum is easily resolved, but only by drawing the lines outside the confines of the square area defined by the nine dots themselves. The phrase “thinking outside the box” is a restatement of the solution strategy. The puzzle only seems difficult because people commonly imagine a boundary around the edge of the dot array. The heart of the matter is the unspecified barrier that people typically perceive.”

If you think about it, the foray outside the box is a very short one – and it leads you right back into the box. It seems that many outside-the-box thinkers act this way. They cautiously venture outside the box, only to return to the safety of the box very quickly. Even the phrase “outside-the-box” indicates an inseparable attachment to the box, requiring maintenance of close proximity – even during the short escape from it.

Sometimes the delusion that we are thinking outside-the-box (when we are in fact reinforcing the box) results in the opposite: a complete shutdown of logical thinking.

Sometimes the delusion that we are thinking outside-the-box (when we are in fact reinforcing the box) results in the opposite: a complete shutdown of logical thinking. Here is a true and funny example.

Numerous studies have examined the question of whether chewing gum after intestinal surgery speeds the restoration of bowel function permitting earlier discharge from the hospital. In 2007, well-respected British doctors published a review article in a prestigious medical journal entitled “Meta-analysis of Randomized Studies Evaluating Chewing Gum to Enhance Postoperative Recovery Following Colectomy”. In this article they describe the impact of cost savings on healthcare systems if chewing gum became standard practice. They cite a study (by Schuster et al) that an outlay of $47,531 on gum would save $118,828,000 annually in hospitalization costs in this one group of U.S. patients alone. Considering that the authors state, “In none of the analyzed studies were any adverse events caused by the use of chewing gum,” one would wonder why this recommendation shouldn’t be implemented immediately.

Those familiar with Evidence Based Medicine know it is no simple journey for new treatments to become standard practice. In fact, to stand a chance of getting published, authors have to be super-conservative in their conclusions or else their papers get rejected by peer-reviewers. This conservatism requires papers to generally end with a caveat along the lines of “While we have shown interesting/fascinating/novel/beneficial results, further/larger/randomized/controlled trials are needed to confirm our findings before any change of practice can be recommended.”

Unsurprisingly, therefore, the gum chewing review article ends off with just such a caveat.

“In conclusion, we feel that the current evidence suggests that gum chewing following abdominal surgery offers significant benefits… The potential benefits to individual patients, in health economics terms, are such that a well-designed, larger-scale, blinded, randomized, controlled trial with a placebo arm is warranted to answer the question of whether gum chewing can significantly reduce the length of stay after abdominal surgery or whether it merely represents a placebo effect.”

I have shown this article numerous times to colleagues in the field of surgical and medical practice. The initial reaction has invariably been “fascinating” and agreement with the necessity of verification trials. I then ask them to describe how they would design such a trial with a placebo arm.

For those readers unacquainted with this field, the holy grail of medical research requires studies, amongst other criteria, to have a placebo arm. The placebo arm is necessary to ascertain whether the treatment is working through a chemical mechanism, or a psychological mechanism (more on that topic in the future). A placebo must be designed to look/feel/taste exactly like the treatment intervention, in order to ensure that the patient is completely unaware of whether he or she is getting the “real” treatment or not.

So how exactly do you carry out a placebo trial with chewing gum? Half the patients will chew chewing gum. What will the other half of patients chew? Non-chewing gum?

So how exactly do you carry out a placebo trial with chewing gum? Half the patients will chew chewing gum. What will the other half of patients chew? Non-chewing gum? Imaginary chewing gum? Will they be hypnotized to believe they chewed chewing-gum?

These questions usually elicit a short period of intense thought followed by a hearty laugh. So far, everyone I have spoken to has acknowledged the fallacy of the proposition. Did the peer-reviewers miss this impossible conclusion?

What this story illustrates is a pseudo kind of logic. We think we are being clever, yet we miss the blindingly obvious. What then is the type of thinking we need to adopt?

“In the 1970’s IBM®’s motto was “Think.” Its competitor Apple® coined “Think differently.” Lately it’s become the omnipresent “Think outside-the-box” (but quickly get back in!). May I humbly suggest we rid ourselves not only of boxes, but also of their convenient and comforting proximity? The motto I propose is: “Think! outside-the-box“.

Dr. Etienne Callebout: The Doctor Who Never Gave Up